SO MUCH TO TALK ABOUT I DON’T KNOW WHERE TO START.  This weekend has been a doozy of activity and my brain is on overdrive.  Last night’s episode of Game of Thrones could really be the daily topic for the rest of the week!  Sat night I attended a fun-filled wig party which means you NEED to see pictures.  Poor adorable Dragon had to go to the vet today to get a foxtail out of his eye leading me to an anger against nature, which should be discussed.  For some reason I got on a tangent about corporate America and how much more efficient and decent it would be if it wasn’t for the expected and bullshit ass kissing …. one of my favorite topics.  The news about a Cheerios commercial being “controversial” due to an interracial marriage has me fuming about some people’s use of the internet.  Finally, adorable Bandit was free to go home to his mom after 3+ years of unfair incarceration but sweet Phineas is still fighting for his life and being mistreated by brainless humans in power.

For today why don’t I focus on the interaction of the internet and then leave you with some cutie pictures of Dragon to help cleanse your palate.  Deal?  DEAL!

Although I am currently a brilliant dog sitter my background is in market research, media intelligence, and social media consulting/research.  This gives me the knowledge to be a whole other type of angry at the whole Cheerios ridiculousness (Don’t know what I’m talking about?  Read this.)  By the time I heard of this story General Mills had disabled the comment section on their YouTube channel so I really can’t find any comments that are negative, racist, or hurtful anymore.  Oh I’m sure if I tried hard enough, I could find someone somewhere with a webpage spewing hatred but that isn’t what comes up when I search for the story.  General Mills did a good job of shutting the whole thing down.  That should have been the end of it.  But noooooooooooooo.  The internet went BONKERS, as it sometimes tends to do and what, sadly, can be considered a normal reaction to an Internet posting spiraled into so many “discussions” that the traditional media picked it up.  Then doing what it does best, the media made a story out of something that isn’t really much of a story.  Is it really shocking that people are hateful?  Does it really surprise you that there are folks that can still be labeled as “racist” living among us?  I am in NO WAY saying any of the negativity was right or should be tolerated.  I heart Cheerios and I think that little girl on the commercial is cute as a button!  Most brands do AND SHOULD have rules in place as part of their social media strategy, on any of the internet real estate they are using to support the brand, that specifically tells readers certain types of feedback and comments will not be tolerated and will be taken down.

What I am saying is that you can find that level of human stupidity on almost EVERY posting on the internet, YouTube, news articles, blogs, forums, microblogs, all of it.  The story, for me, isn’t “Cheerios was attacked” but more “the Internet is a place to attack.”  Sadly people feel safe as faceless users behind their computer screen and become braver than you would expect (BTW good example of why online focus groups can be more “honest” than in person).  I read a lovely post about Patrick Stewart’s very personal work he does with women’s groups specifically to support stopping abuse against women.  THAT POSTING HAD MORE NEGATIVE COMMENTS THAN POSITIVE.  Can you imagine?  A few of the posts were suggesting Patrick Stewart (aka the best of all the captains) was being unfair to his father.  He wasn’t, in fact he was very level-headed and empathetic to not only his mother but her abuser, his father.  Any 1/2 wit with a brain could see that.  There were comments about how the idea of supporting an end of abuse against women is sexist because there is violence against men and women.  Okay … true enough … but THIS POST IS ABOUT VIOLENCE AGAINST WOMEN YOU TWATS!   A N D there … I just illustrated the other problem for you.  Anger has become our go to emotion on the internet.  It isn’t nice productive, “let’s discuss our difference in opinion” type unhappiness its name calling, hair pulling, all out screaming hatefulness.

I’ve read sites (like Phineas’ Facebook page) where the owner of the site has to keep reminding its emotional readers that what the goal of the site is, to help save a life, and that the community will not threaten those involved in any way.  You see the same reminders when anything about religion and/or equal rights is being reported on or discussed.  Isn’t that a given?  Why do we have to be reminded not to be assholes?  When did name calling back and forth EVER solve anything?

I often refuse to read comments to an article that I’ve read on-line.  Other times I’m drawn to the comment section like it’s a train wreck I can’t look away from.  I know that by the time I get to the fourth message I will be furious at someone.  When selling social media research and/or listening the sales person will focus on how important it is that you control and drive the “discussion.”  That you “listen and respond appropriately” and be “open and honest in your communications.”  Sadly a “discussion” rarely seems to happen.  Instead it is thoughtless outbursts of hatred and meanness with no way of being held accountable for what you have done.   Words do hurt.  They hurt humans and they hurt brands and entire companies.  Thumbs up to the digital/social media team at General Mills.  Killing the ability for folks to give feedback without taking down the actual “controversial” video was the right thing to do.  I really hope that’s where they stopped and they weren’t behind making this an even bigger story.  I want to believe that they weren’t and that instead they have handled and responded to the media stories with style and grace.  After all there HAS to a protagonist somewhere in this story right?  We need someone to cheer on.

This entire mess doesn’t just highlight the darkness of humans but it is a landmine for companies and brands.  Woowee … if you don’t have a CLO (Chief Listening Officer) I suggest you get one STAT.  If you are in LA I’m happy to send over my resume!

P.S.  When I worked in Guest Services at Disneyland ions ago it was known that you really weren’t an expert at City Hall (the shift that put you in the front line of angry guests as this was where people were sent to complain) until someone made you cry.  I feel the same way about blogging.  You haven’t made it as a blogger until the ugly and ridiculous comments start rolling in.  I SO WANT THAT TO HAPPEN TO ME.  Maybe today is the day I make it!  Perhaps THIS is the post that will make me a real blogger … fingers crossed! 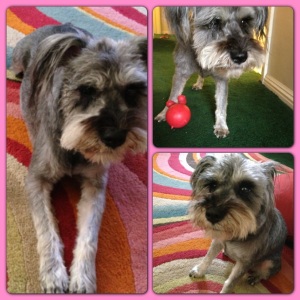 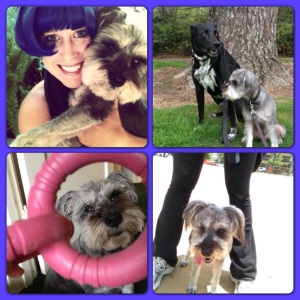