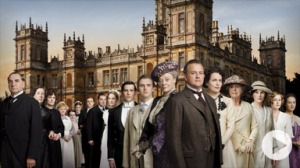 Since Time Warner Cable (my internet AND cable TV provider) and CBS are having a ridiculous spat and the summer shows (of which I watch many) are coming to an end I have less to watch from my DVR (anyone worth anything watches TV time shifted vs. live).  It’s simply horrific.  CBS itself isn’t really loss in the summer months but Showtime is a real shame.  I was caught up in the finale season of Dexter and the premiere season of Ray Donovan when my signal was pulled and I was thrown into cable darkness.  I honestly don’t know which of the two gazillion dollar companies I hate more.  It is a hard choice so I choose to hate them both.  I am nothing if not fair.

It is extra aggravating that CBS, in its need to be as petty as possible, took away Time Warner Cable Internet users the ability to watch their programs online.  I feel like this is a HUGE opportunity miss.  They could easily take advantage of this time to become the King of TV on the Internet but alas, no one has that kind of creative thinking when a money war is going on.

Luckily for me I can watch Under the Dome online with my Amazon Prime subscription (I don’t subscribe to Hulu Plus nor do I have Netflix).  So TAKE THAT TIME WARNER CABLE!  Honestly at this point I’m not even missing Showtime and think I can probably cancel it all together without being that sad.  Oops …. not quite the viewer reaction you were looking for during your little quarrel …

After I caught up on Under the Dome and realized nothing on my DVR was very exciting (I wouldn’t dare watch live TV … don’t be ridiculous) I decided to dive into another series that Amazon Prime was offering.  It was between Breaking Bad (which I have never seen) and Downton Abbey (which I, also, have never seen).  I choose Downton Abbey.  Yes yes yes … I know… EVERYONE loves Breaking Bad.  I get it.  It’s just Downton Abbey seems to fit my sensibilities more than the angry drug show.  Don’t get your feathers ruffled.  I’m sure I’ll get to it sometime in the future.

I just finished the first season of Downton Abbey and I’m very pleased with my choice.  Here are my thoughts so far:

There you go!  One gals opinion on the season of a show that originally ran in 2010!  DON’T TELL ME WHAT HAPPENS …