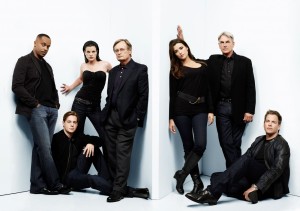 I’ve already suggested in a post that my Mom is brilliant so it makes sense that dad deserves his own blog post too. Last night I was in a deep depression due to the fact that my back log of NCIS episodes (I only started watching this last season so had lots of old ones saved up) had been depleted. I quickly went through the TV Guide to find some more to record all the time wondering why I didn’t start watching this show earlier. I LOVE IT. In fact one of the characters, Special Agent Anthony, made my top TV character lists (lists found here and here). In fact, I love all the characters. Well not Abby. Her character is like fingernails on a chalk board but, based on the research my company does, my opinion is not the norm. To each his own.

How did I get hooked on NCIS so close to it’s final season? Dad. See mom and dad don’t have cable so TV options at their house are limited. Visits home require you to watch an actual broadcast network (although with digital they now get those sub channels like This TV which my dad insists is as good as any cable movie channel). This very much limits my program options. One such evening dad insisted NCIS was worth my time. He was right! In fact he is often right. If it wasn’t for him I’d never have started watching Bones, How I Met Your Mother (which I don’t think he watches anymore but I’m a loyal supporter of anything NPH does), The Big Bang Theory, and Boston Legal (I have to give some credit on this one to a co-worker) just to name a few. How empty my life would have been without these lovely programs.

It makes me think of things I’ve missed out on when he told me I’d like a something and I refused to give it a shot. Perhaps Buffy was the best TV show of all time and I missed out. Naaaaaaaah.