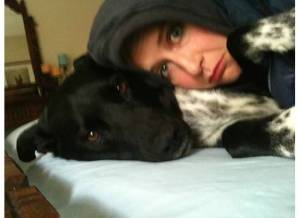 locations but I don’t care.  IT’S COLD!  I live in sunny Southern California.  SUNNY being the keyword.  It has been sunny during the day.  I can’t deny that.  You’ve seen all the pictures I’ve posted lately.  Unfortunately, once that sun drops behind Griffith Park my house doubles as an iceberg.  A FREEZING LIFE DESTROYING ICEBERG!

Certainly you can blame my fragile, born and raised in Los Angeles, body.  Anything outside of 68-90 degrees makes me grouchy.  67 degrees is intolerable.  Lately our nights have been getting down to the low 40s and even (gasp) mid 30s.  WHAT THE FREAKIN’ FREAK IS THAT????  I didn’t agree to live in the Antarctic.

I put blame on our buildings.  My house in particular.  It isn’t built for drastic weather swings.  I can spend 1 million dollars on my monthly power bill, have the heater tuned up to 95 degrees, and my house will never reach much higher than the outside temperature.  All my man-made heat will just find it’s way through my walls, under the house and up past the “attic.”  No insulation.  If you go to Minnesota right now and go into a building you can happily take your coat off and enjoy the unnatural warmth.  If you come to my house I suggest you bring a hoodie. 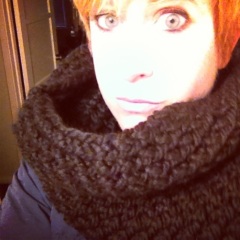 Sunday at dinner my good friend from WI couldn’t stop laughing at me.  I was ready for a So Cal cold snap.  I had my dad’s giant down jacket on (he would say I stole it while I say possession is 90% of the law) along with a super comfy infinity scarf my mom knitted for me.  I had thought about long johns but decided they would be too bulky under skinny jeans.  My WI friend demanded to take pictures of me bundled up to show her children how ridiculous I was.  She says ridiculous and I say warm and toasty.  At the same time another friend had the guts to say, “it isn’t that cold you can barely see your breath.”  BARELY.  I CAN BARELY SEE MY BREATH.  EXCUSE ME FOR OVERREACTING.  LET ME GO GET MY BIKINI ON!

Lately I’ve had to add pants to my normal pajamas (tank top and underwear).  Last night I had a one woman protest against the cold and refused to put pants on so that my legs could return to their nightly freedom.  It was so cold under my covers I had to curl up in a ball like Riggins.  Even running in place on my side to help build up friction and heat didn’t help.  I needed to get up and get pants and socks.  I could feel limbs giving into frostbite but as cold as it was under those covers it was colder out of them.  I couldn’t fathom making the 4 feet journey between the foot of my bed and my dresser.  Finally, a light bulb went on and I realized my afghan was on top of my duvet.  Exposing as little skin as possible to the raw air of my bedroom I grabbed the afghan, tucked it under all the covers and wrapped myself up in it like a burrito.  The yarn made a barrier between me and my ice-cold sheets allowing me to sleep.  Bear Grylls would be proud of my survival techniques.

I’m not the only woman who has had to suffer through such ridiculous weather.  Did you see the recent news on Kate Upton‘s photo shoot for Victoria Secret’s swimsuit cover?  Hilarious.  I can’t even make it funnier by interpreting it for you.  Just read it …. http://tinyurl.com/afwux4w.

Joking?  You sure about that Matt?  I think she may have been really doing it for the penguins.  She’s a hero people.  She temporarily lost eyesight and hearing for that shot that is so generic and already so heavily photoshopped (http://tinyurl.com/buhkshx) it could have been taken in  my living room right here in “sunny” California.  All icebergs look the same.

1 thought on “I’m Not Okay Living in the Antarctic!”