Let me explain a typical Wendy day for you.

This means I’m lucky enough to live most of my life in yoga style gear.  I say lucky because any woman over the age of 32 will tell you work out gear is the most comfortable clothing ever invented.  Men … I dare you to purchase a Lululemon outfit and not want to wear it all day every day.  This also means I wear a sports bra all the time.  THAT means I constantly have sports bra cleavage. 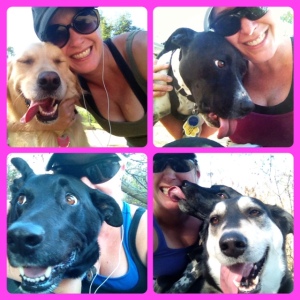 Now I always have cleavage but sports bra cleave is different.  Normal bras push down on you in between your boobs.  Not comfy sports bras (yoga kind not running kind that just mush your boobs into one giant uni-boob)!  Comfy sports bras make a tiny (or large depending on what you have going on up there) pocket right between you boobs.  I tell you this because it is AMAZING to me how items find their way in there.  It’s like a have a magnet at the bottom of my bra that is sucking things down.

I’ve talked about the popcorn at movies before.  That is the best example I have.  I’m 39 years old.  I have no idea how I managed to drop so much popcorn as I’m stuffing it in my face, but I do.  Right down my sports bra cleavage it goes.  I try to casually fish it out but no matter what I always have to go to the restroom after and dump out my bra.  Much like you used to do when you were a kid after a day at the beach.  Except substitute sand for popcorn and your bathing suit crotch for a sports bra cleavage pocket.

Yesterday I had a cake donut (don’t judge I needed it and it was goooooooooooood).  Then I headed off to Bar Method class.  At one point of class I realized I had donut crumbs rolling around in my bra but couldn’t do anything about it.  When I got home I had cake crumbs stuck to the perspiration pool in between my boobs.  Although I have to admit the sports bra I wore yesterday was super boobalicious.  During heel raises, while I was staring at myself in the full length mirror, I thought that was definitely the sports bra I should wear if I ever convinced a guy I liked to come to class with me.

Speaking of boobalicious sports bras.  As I mentioned earlier running bras tend to mush your boobs up against your body.  It’s distracting to have them all wobbly while you run not to mention it can hurt.  Last Nov when I was with friends in Catalina watching my friend run the Marathon a woman crossed the finish line with the MOST boobalicious sports bra I have ever seen.  It was AMAZING.  She was well endowed and somehow had found a bra that kept her in place while still looking good.  It was kinda shaped like a halter bikini top so there was no sports bra, popcorn attracting, pocket.  A usable sports bra without having to fish food items out of it!!!!!!! I wanted to go ask her what brand it was and where she got it but I was too embarrassed to admit I was staring at her chest.  Although believe me.  EVERYONE was starring.  That is how great that running bra was!  If you know what it was please share.  That is important information that needs to get out there and be talked about!