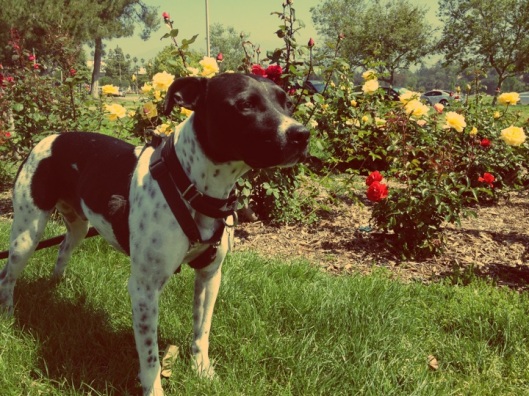 I have to admit I’m pretty torn up about this being Lousy’s last night with Riggins and me. Despite of (or maybe because of) his need to kill friends and strangers I just adore him.  Although he may want to kill you, he is a giant cuddle monster to me.  I can’t move far without his adorable little wiggle butt somewhere beside or on top of me.   Right now he is under my desk unhappy that he can’t be in my lap.  By far the cuddiliest dog I’ve ever meant. 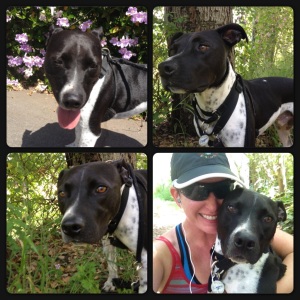 Since he is three and is Riggins’ almost 1/2 brother he reminds me of how Riggins acted at his age.  Lousy is a calm bunny compared to Riggins.  At that age I could not just watch TV.  I had to watch TV AND throw a ball down the hall over and over again.  Lousy will happily curl up and go to sleep at bedtime.  At his age Riggins would grab a squeaky ball and sprint around the house while I prayed to every god I don’t believe in to get him to stop.  In the morning Lousy will happily jump up on my bed and curl up at me knees for a few more zzzzzs.  At that age Riggins would be up and ready to go.  I’d have to semi-tackle him and soothingly pet and murmur statements of love to get him to settle down for a bit more shut-eye. 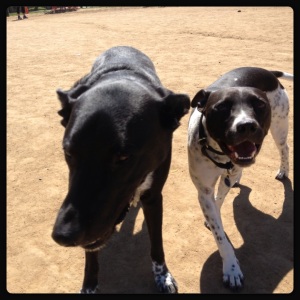 Riggins is older and calmer now.  MUCH CALMER and has been a champ with Lousy this week.  Although there have been a few warning barks, in general they get along great.  Riggins has even figured out how to use Lousy’s energy to his advantage.  Riggins will camp out on my bed or on my lap and when he hears something going on outside he will start barking letting Lousy know that he needs to check it out.  Lousy will then bound up from wherever he is and make a beeline for the door ready and willing to defend his new castle.  Riggins thinks it is great!  He gets to be the guard dog he wants to be without even getting up! 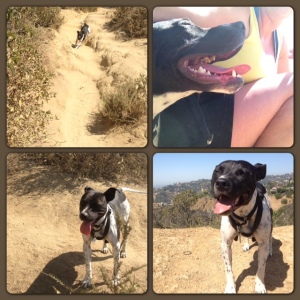 Runyon (It was hard to get him to leave my side so I could take a picture.)

Tomorrow I’ll pack up Lousy’s things and get him ready for his parents to come home.  I’m sure he will be ecstatic to see them … but I think he will miss us just a little!