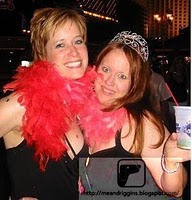 I always have this dilemma. Do I or do I not give out my cell phone to an online date prior to meeting him. I’ve been burned both ways. If I don’t he will be late or I will be late or after doing a once over on the dates profile I may decide I need stronger drink options (it happens) and therefore need to move the meeting location. No phone number? Totally out of luck.

But if I do give out the number then I get texts like this:

“How are you? (Name Blocked to protect the Innocent)”

WHO ARE YOU? SERIOUSLY? WHO ARE YOU? I have no idea and I’ll have to go through 3 different sites to try and match up name and number to get even the faintest idea who you are. I need more info like “we met through Match.com and had a drink at The Griffin”. At least then I can narrow you down to a handful of folks.

Sigh. Being me is so hard.

Update:
Okay I think I’ve figured out who this guy is. Maybe. Originally I thought it was “Texty-Text” who got his nickname due to the crazy number of texts/vm he left prior to our first date. Now I think it is some guy WHO I NEVER MET AND WHO NEVER GAVE ME HIS PHONE NUMBER. How, on God’s green earth, do you expect me to know who you are with the only clue being a name 10% of the male population of the US has (I made that stat up but it sounds about right)? AND he said “Ok Hon” in a correspondence with me which was like a pebble being dropped in a pond. If the pebble was that statement and the pond was my friends and the ripples were of hate and annoyance. Still I think I’ll text him back because he looks like Right Said Fred in his pictures and that just makes me giggle.